David Henderson has enjoyed and put to good use his substantive talents, accomplishments, and credentials throughout his career. He was a television and radio newsman for three decades. 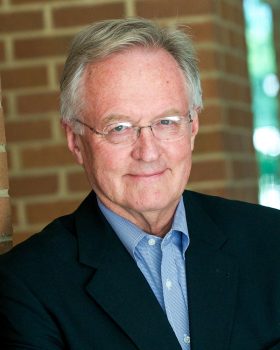 He is an Emmy Award-winning former investigative correspondent for CBS News and was CBS’s bureau chief in Asia. David is an acknowledged global advisor when it comes to utilizing digital technology in helping companies achieve authentic differentiation and competitive leadership.

Here are some of David’s career highlights followed by detail:

David reported on the CBS Evening News and CBS Morning News; on the CBS Radio Network; and covered stories throughout the U.S. and Asia. He served as bureau chief, correspondent, and producer in Tokyo and Hong Kong.

While in Asia, David was assigned to develop high level contacts with the communist government of North Vietnam and negotiate first-ever news coverage within that country by a western television network. As a result, CBS News correspondent John Hart was the first American television newsman to report from North Vietnam. During that time, David traveled to South Vietnam about a dozen times to cover the ongoing conflict there, serving as reporter and producer.

David was awarded a national Emmy Award while at CBS News for a series of reports on airline accidents that ultimately led to a change in federal aviation regulations and made airline travel safer by banning plastics in airline interiors.  After the death of a colleague, Michele Clark, in a United Airlines crash at Chicago, David reported on never-before published research that the plastic interiors of airliners emitted toxic gas when burned, rendering a burning aircraft a deadly gas chamber. The report led to changes in how aircraft are built.

Moving on from his work at CBS News, David managed the news division of the McGraw-Hill television stations from a base of operations in Denver. With the age of technology, David then worked with major corporations and governments to capitalize on the evolving trends of digital and online news storytelling to convey core value and purpose, especially as the influence of mainstream news media began to shrink globally.

David worked with client Bombardier to enhance the appeal and image of Learjet, a corporate jet maker that needed competitive differentiation in a crowded field. With clever photos and news stories, publicity for Learjet’s new model 45 exploded in mainstream media and captured the attention of an important audience, tech entrepreneurs. Sales skyrocketed. 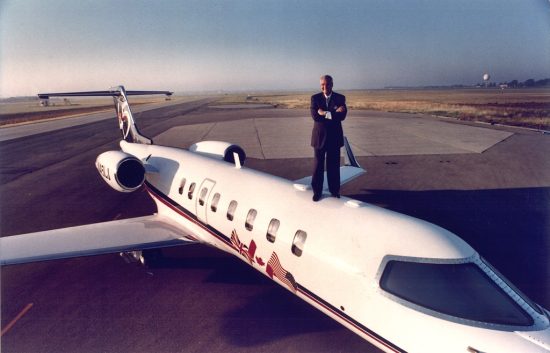 He was recruited by Gulfstream Aerospace when the then-privately held company needed to launch sales of its new ultra-long-range Gulfstream V. His position was to oversee global marketing and communications. Traditional PR and advertising, which targeted pilots about the technical attributes of the plane, had failed to attract orders. Pilots don’t buy $40-million aircraft but CEOs do. Through a series of globe-circling media tours, the media got to experience flying at 50,000 feet, and David showcased that the Gulfstream V was a competitive business tool to help executives win. The Gulfstream V became front page news. It was the darling of TV news. In just over a year, the Gulfstream V became the world’s hallmark of corporate aviation. Orders increased 80-fold.

David’s career grew in the field of crisis management for organizations and corporations through the power of stories, video, and photos communicated on special news-oriented websites. From the Louisiana Seafood industry to Imperial Sugar Company and many other organizations, David and his team achieved tangible and favorable results in short order, all using the power and influence of digital technology.

Immediately after the 9-11 attacks on the U.S., he re-established essential access for BBC News and its Washington bureau when the White House, Pentagon and State Department were suddenly put off-limits to foreign news media. Using his extensive contacts, David reopened those doors for the journalists of the world’s largest news organization.

A special news website that David created immediately after the 2010 BP oil spill in the Gulf off Mexico provided news story ideas, contacts, and leads for journalists from around the world who flocked to Louisiana to cover the event… and, the result of the media coverage was a $60-million settlement from the oil company in favor of the seafood industry. 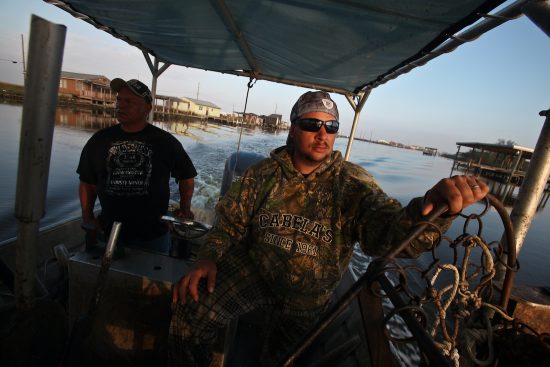 Photo by Kerry Maloney of two Port Sulphur fishermen returning to port with no catch.

A pet project emerged in recognizing that no organization, not even AARP, recognized or honored the enormous baby boomer generation. In 1999, David teamed with long-time friend and fellow journalist Greg Dobbs to launch BoomerCafé.com, one of the most popular online magazines for baby boomers with active lifestyles. It was a storytelling site with hundreds of contributors worldwide. After more than 22 years of publishing BoomerCafé, Greg and David made the decision to shutter the site in 2021.

David is author of three books that detail the spectrum of fast-changing strategies, trends, styles, and methods for effective communications in a complex and evolving media world. Two of the books are used widely as university textbooks. The most recent is Making News in the Digital Era.

For more than 30 years, David’s signature style has been to use the power of stories and news-style photos to unite people. Real stories – timely, appealing, visual – capture favorable audience awareness for clients. It is a technique that eclipses traditional marketing, media relations, and PR tactics.

Storytelling – using the disciplines of journalism – is a powerful tool for moving people emotionally, improving retention and response to messages.

Connections in digital technology and online.

Rainn Wilson, popular actor and star on The Office says:

“David Henderson gets it. He knows the online media world and has interesting things to say.
Besides, he’s the dude who got me on Twitter.”

@RainnWilson today has more than four (4) million followers on Twitter.com. 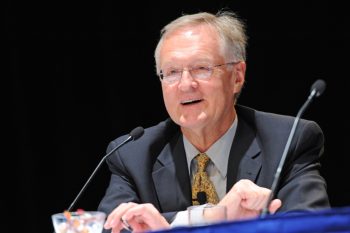 Among many distinctions, David was awarded a Platinum Record for his work to create awareness and allure of the historic Three Tenors Concert in Rome before an American audience.  As a result, the recording of the Three Tenors Concert recording became the biggest-selling classical recording in history, selling more than one-million CDs. He produced the behind-the-scenes documentary of the Rome concert which went on to air on PBS stations nationwide, raising millions of dollars for PBS.

David taught strategic communications, the tenets of journalism, and news writing for many years as an adjunct professor at the University of Virginia and has been a lecturer at the George Washington University graduate school of communications.

David is a native of the Washington, DC, area. Now retired, David travels with his wife; is proud of his grown children; is an avid photographer; published author; enjoys opera, choral, and baroque music.  David is a licensed pilot who has flown many aircraft, from the Gulfstream IV (longest flight from Beijing to Anchorage), the latest Honda Jet, and private aircraft.

All intellectual property, images and other materials on this site are ©1998-2023 David E. Henderson, and may not be used or reproduced without specific permission.