Mount your digital camera on a tripod, start taking photos of the U.S. Capitol building, the White House or even Union Station, the train station, and there is a good chance police will show up, asking questions. Handhold your camera and take some photos of a power plant from outside, on a public sidewalk, and the cops may arrive.

Photographers – professional and amateur – face censorship, despite the U.S. Constitution.

At first, I thought what I was experiencing while taking photos was my own paranoia. But, then, friends in the news media have been sharing countless stories of being stopped, blocked, questioned, detained and arrested by police across the country … police who clearly are overreaching First Amendment rights, all in the name of fighting terrorism.

TV and newspaper photographers are now stopped all the time by overzealous police or security people, some demanding to see and delete the photos.

The paranoia is not us, I suggest, but them.

Congress shall make no law respecting an establishment of religion, or prohibiting the free exercise thereof; or abridging the freedom of speech, or of the press; or the right of the people peaceably to assemble, and to petition the government for a redress of grievances.

I never thought I would be on the same side of the fence – sort of – with veteran newspaper columnist George Will but his piece in The Washington Post – A snapshot of our times – squarely nails the growing threat to First Amendment rights. It’s a good piece. 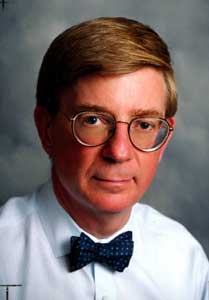 Will writes of two fellows in Los Angeles, both avid photographers, who have not only been prevented from taking photos while in public places but have had their names and information entered into a “Suspicious Activity Report program. The federal government encouraged local law enforcement agencies to adopt its guidelines for gathering information ‘that could indicate activity or intentions related to’ terrorism,” Will writes.

From the chance that potential bad guys might take photos of targets, the feds surmise that photography of anything related to the country’s infrastructure could be an indicator of terrorism. Hence, photographers are suspect when taking pictures “with no apparent aesthetic value” (words from the suspicious-activity guidelines).

A close friend reminded me that looking back over history, governments have often created bogeymen to keep people fearful, hateful, on edge and/or obedient. Today, it’s “in the name of fighting terrorism” which translated means justifying big budgets and control of power by playing the fear card. Not unlike, really, how Hitler blamed Jews for everything wrong and vile.