[A column I wrote originally for Ragan.com, published January 24, 2012]

“Hey, ya know what?” our president often says at news conferences and speeches when he begins a thought or answer to a question.

No, Mr. President, I don’t “know what”—that’s what I expect you to tell me. Furthermore, it’s not a very “presidential” or top executive style of speaking, no matter how hard you are trying to reach the common person out there. It’s a casualness more suited for talking with guys on the golf course.

Nonetheless, “Hey, ya know what …” and the shorter version, “Ya know …” are useless junk phrases that have crept into the American vernacular, on TV, on radio, and in everyday conversation. I catch myself using them. It’s contagious.

Heck, even Secretary of State Hillary Clinton has started saying, “Hey, ya know what …,” and, it sounds very out of character for a person of her stature.

While watching PBS “Newshour” one evening, I counted the number of times its correspondents or interviewees began a statement with, “Ya know.” I stopped counting at 100, and the hour-long program was not over. The phrase became tedious to hear.

Perhaps it is a conscious effort by some to sound more conversational, perhaps more “cool,” or just a bad habit, as in my case.

When I hear a newscaster, pundit, or interviewee begin by saying, “Ya know …,” I get the feeling they are either buying time while trying to think of something to say or tentative in their statements. It makes them sound uncertain, equivocating, and dodgy.

We have always been plagued by such irrelevant and useless phrases in Americanized English that often detract from clear and affirmative communication. A popular phrase a couple of decades ago was, “Sorry ’bout that.” I have no idea what that means.

Such junk words and phrases have no place in clear and effective communication, and they inhibit our ability to be more influential.

Plain language is the key, because it stands out amongst all the noise, hype, and clutter in today’s competitive world. 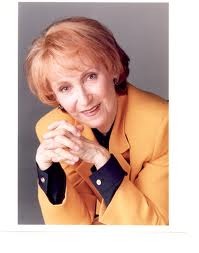 When I was a young CBS News correspondent, the network had her coach me to correct my poor pronunciation from having grown up in the Washington, D.C., area. Her sternness scared me, but I learned.

She insisted on the use of plain language and dismissed as junk words those meaningless or ambiguous words that creep into everyday exchanges, causing confusion and derailing understanding. Ms. Wilder was emphatic that junk words must be avoided in order for any person to reach his or her full potential as an outstanding communicator.

In the practice of communication, we sometimes get lazy and use the jargon of an industry or current lexicon because it might seem more precise, clearer, and impressive than plain language. That’s too bad, because it is a trap; we forfeit any chance of gaining an edge and winning. We lose any chance at competitive differentiation and leadership.