The working news media – from the New York Times and NPR to the Washington Post and a host of trades – has been begging … literally BEGGING … PR people to stop “pitching” messages, press releases and fluff. The news media only wants news … timely, relevant and legitimate news stories. 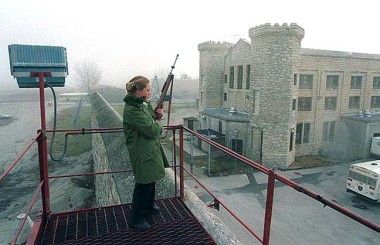 All the media wants is a real story.

The universal commodity of the news media – regardless of location in the world – is all the same thing: Stories. Timely and relevant stories that appeal to their respective audiences. It is the “timely and relevant” magic potion that makes an ordinary story a legitimate and real news story that earns coverage. Contact a reporter and give them a new and real story that fits with their beat, area of interest and audience, and … bingo! You get news coverage.

On the other hand, call a reporter and say, “Hi, how are you today. Good, I hope. I am calling to ‘pitch’ you on …” And, at that point, either the line goes dead or you know they are no longer listening. “Pitch” is a 5-letter dirty word.

Even worse, send out a press release (which are nearly always self-serving marketing fluff) via one of those blast email distribution services, and … guaranteed … no coverage. None. Using Vocus, BusinessWire, PRNewswire or any mass distribution service spells death for any glimmer of hope for coverage. Why? Because a reporter is not paid in these days of media cutbacks to regurgitate stuff you’ve indiscriminately shared with everyone else on the planet.

Journalists are paid to report captivating and interesting stories that their competitors will not have. There is a better way .. a much easier way to not only capture great media attention but to control the media.

Newsman Dan Lyons, who has written for Newsweek and Forbes, is the latest journalist to join the Greek chorus of reporters begging PR people to stop with their inane, decades-old tactics. In a piece for HubSpot.com about the retirement of Apple’s legendary head of communications, Katie Cotton, Lyons explains how Cotton generated and controlled so much media attention for Apple. Cotton always believed less is more in order to control the media.

“Cotton practiced what I think of as anti-PR. She didn’t pitch reporters. In fact, quite the opposite. What Cotton understood, and what most PR people don’t, is the value of mystery. She treated you (the media) like something that needs to be scraped off her shoe. This captures your (the media’s) attention. She really, honestly doesn’t want to have anything to do with you. You’re not worthy. She’s a queen bee, and you’re just some loser. What happens then is that reporters start competing to win Apple’s affection. They write glowing reviews.”

Katie Cotton knew that regardless of industry sector, only a couple of reporters are the thought-leaders. In the tech sector, those reporters are Walt Mossberg and David Pogue. Cotton catered to them, and treated all other reporters like crap. It worked.

As someone who has spent most of my working life in some facet of journalism, I fully agree with Katie Cotton’s savvy thinking.

The best way to get great coverage is to pretend that you don’t want any of that coverage. Be secretive. Be mysterious. Talk less. Never send out press releases and other tactics from the 1940s.  Make people curious. Be alluring about your news. And, stop pitching ’cause it does not result in coverage. For some reason, far too many PR people … especially agencies … cannot comprehend that.

Lastly, for a good read that trashes the current PR profession, read “PR teeters on a ludicrous lie they tell their clients,” by Gene Weingarten of The Washington Post.