Today’s digital era has given us all types of new tools to help companies and organizations to actually connect directly with their audiences, to become resources for credible and timely news stories, and effectively bypass some media to become even more prominent.

We’ve watched companies skilled at communications – like Apple and Zappos – dominate the mainstream and digital media by knowing the difference between real news stories and marketing fluff. 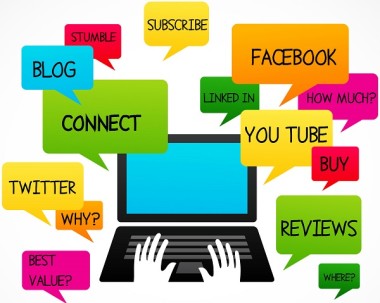 On the other hand, there are many examples of how little the traditional PR business has evolved, despite the explosion of digital. We see many PR people remain anchor-bound to things like news releases and thinly veiled advertising “content management” that masquerades as “news,” fluff that carries little impact and questionable competitive attention.

I see all manner of pitches as Publisher of BoomerCafe.com, the popular and long-time website for baby boomers. Despite Submission Guidelines that state we never accept press releases, few PR people pay attention.

Let me share a little story about how lazy and unimaginative I believe some PR people behave. It’s about the well-known brand – Hellmann’s, the mayonnaise maker.

The long-winded Subject line of the blast email (or PR spam, as it’s become known) read:

Whoa! Stop the presses!! You can’t get much duller than that.

The body of the email was a press release in the century-old style. But, this one was a little different — it was sent by a PR firm in Wilmette, Illinois, with the counter-intuitive name, PWR New Media. Counter intuitive because the firm used the old method of paying someone else to blast-email a press release. PRW had been hired as a vendor by the New York office of another PR firm, Weber Shandwick, on behalf of Hellmann’s PR people.

The PR spam email on behalf of Hellmann’s.

When I called PWR New Media to get BoomerCafe.com removed from their spam email list, I was told they actually did not have a targeted media outreach … another way of suggesting they didn’t bother to actually contact any news media themselves. They used an email list management service called MarketWired.

It is another example of how PR people today – most of whom know no one in the news media – have turned to paid advertising services under the guise or illusion of “digital brand content engagement” and faux news media coverage.

When once PR would actually call a real reporter with an actual story, today many PR people sit behind their computer screens, do little heavy lifting in the way of substantive work, and go home at 5. The lazy just got lazier, I suppose.

Oh, to be Hellmann’s competitor … the door is open.